How I Built the Apiary

Having found and secured the Apiary location, it was time to start building a number of platforms upon which the hives would be situated. I have done this quite a few times before, so it should be easy right?

It is very important to have a solid base, which must be level, on which you can locate your hives. During the summer, months a hive can weigh upwards of 50kg*. In the winter and stormy months, ratchet strapping the hive down to a base stops it from falling over. It’s also important to think about having enough room to perform hive manipulations during swarm season**.

The field is somewhat muddy and has a gentle gradient. I picked a location in one of the corners where there is some shelter from the hedgerow (should help to deflect / dampen wind from certain directions) and allow the rising sun to hit the hives in the morning. I cleared a large area with a strimmer and began to mark out roughly where I wanted each stand.

In the pictures you can see I used 6 legs and two platforms per stand. Each stand has a number of cross braces to add stability and act as an anchor point to ratchet strap the hives down onto. All this is held together with large 150mm screws.

I finished the stands off by painting them with a water based wood stain. Both stands cost less than £40 to make.

*The weight of the bees and honey combined. In the summer a beehive can contain 50-70,000 bees. 8-10,000 bees roughly weighs 1kg. The weight of honey can also be quite significant. A honey super is part of the beehive, it is a box that contains 10 frames. A frame is used by the bee to store honey. One full super of honey can weigh 14kg. During 2019 one of my hives had 4 full honey supers.

**Swarming is the reproduction of a honey bee colony, it occurs when an existing colony subdivides into two colonies. The existing queen leaves the hive along with a number of worker bees while a new queen emerges. 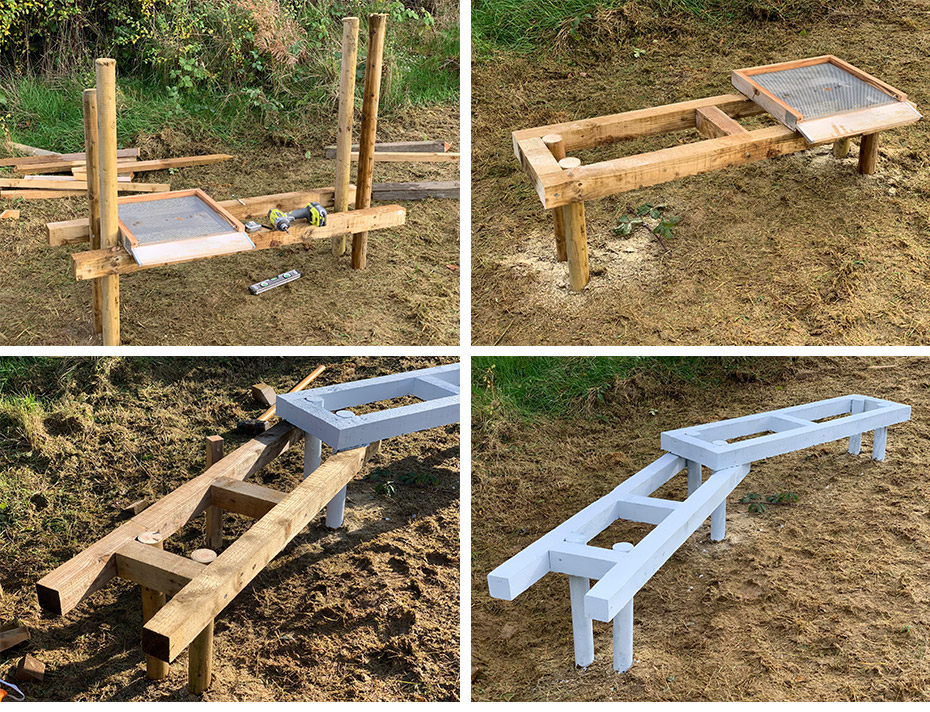 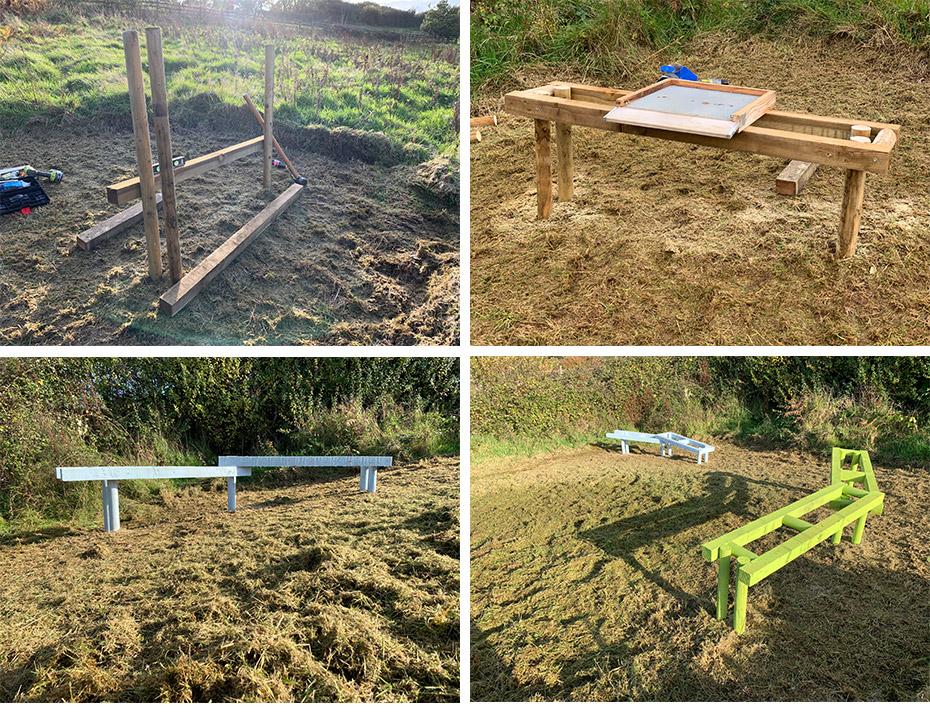