Moving the Hives to Their New Home

Once the Apiary had been cleared and the new stands had been built I needed to start thinking about moving my current hives to the new location*. Currently they are located in my garden and weigh around 35kg each. Transporting them is relatively straight forward but because of the huge amount of rain we’ve had recently their journey would be a somewhat muddy one.

Having looked at the forecast for several weeks the temperature had finally dipped to 0c and looked like it would stay that way for a good few days. I blocked up the hive entrances and strapped each hive tightly together with ratchet straps. We then moved the hive to our car (one only just fit into the boot of the car) and drove a short distance to the field. Each hive was then carried precariously across the sodden field and placed gently on their stands. The bees were ok but made us aware of their dissatisfaction audibly (thousands of bees can make quite a noise).

After a few hours I unblocked the hive entrance. A few guard bees came out to see what the fuss was about but soon settled down.

Since I moved them I have been regularly checking them on the warmer days. Everything appears to be good and it looks like the move went as well as I could have hoped.

*Moving hives short distances is not recommended at all (especially during the summer) because the flying bees will have oriented themselves to its current location. It is possible to do during the winter months but requires a period where the temperatures are well below 10c to stop any bees flying that day and hopefully for a week. 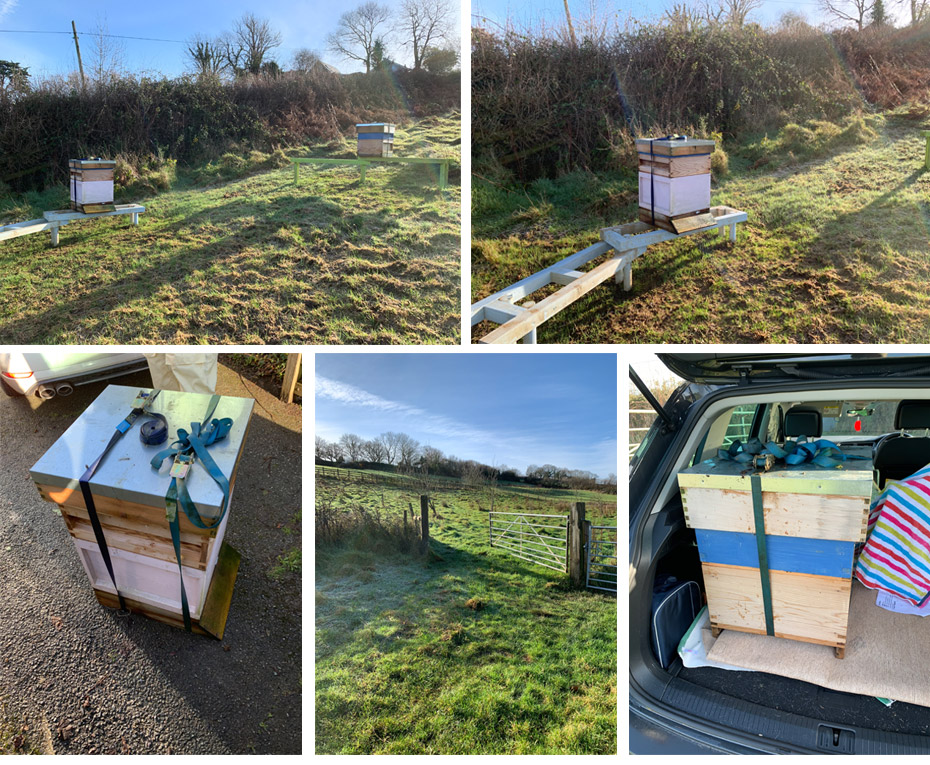 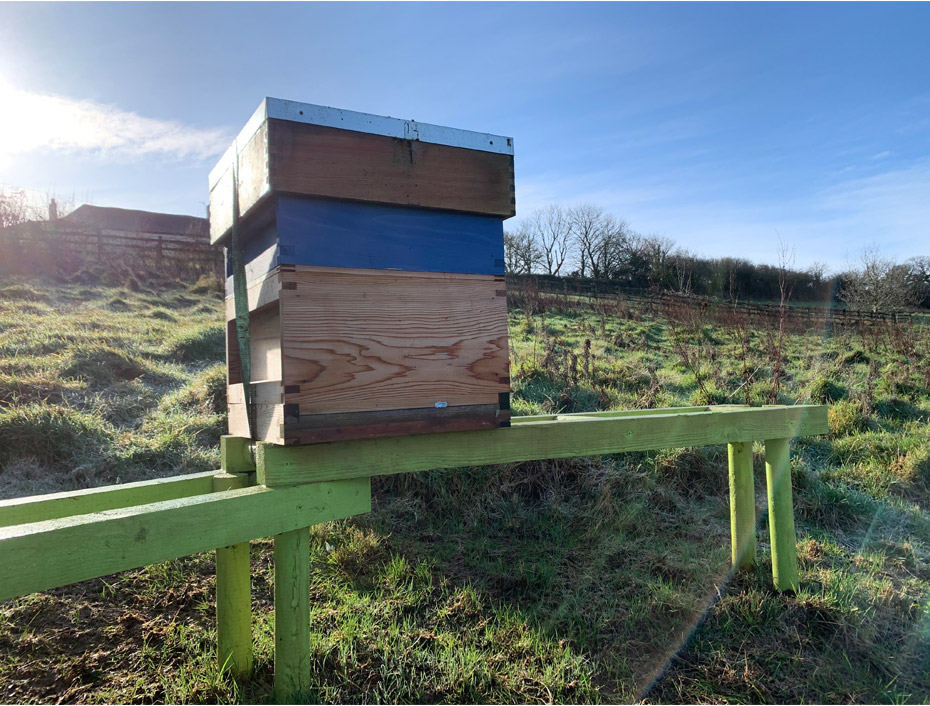